By Michelle Blan in Uncategorized on November 22, 2019
No comments
How many times in life have you been reminded that nobody is perfect? This very true statement is usually at the heart of all talks that follow our defeats. Whether we stumble, have a setback, or make a poor choice, someone is there to let us know that it’s ok. And, somewhere within the dialogue that takes place, we hear, “nobody is perfect.”
In some ways, this little phrase is soothing. It reminds us that it is ok to slip up. It is ok to not be great at everything. And, for a moment, all seems right with the world.

Then, as we turn our minds turn to God, we think about just how perfect He is. You know, how he loves without conditions, is a friend to everyone, forgives, and never breaks a promise. There is so much more to our great Creator – and in all of it, He is perfect.
I don’t know about you, but just knowing the immense wonder and awe that surrounds our God makes me feel pretty darn small. Yet, we are just the kind of people this perfect God calls upon. Yes, you – and me – and your best friend, spouse, co-workers, cousins, Aunt Betty, and the grandson of old man Buster down the street.
Sure, he may call on the celebs and those in high political power. But, he also calls on the ordinary sinners like the rest of us.
I’ve been working through a bible study over the last several weeks and really focusing on Genesis. As I go back through my work and notes and re-read some of the things I wrote, it is funny how this pattern emerges.
It’s a pattern is of individuals who kick off the Bible as we know it by showing us that they are not perfect. Yet they have a part in forming the foundation of our world! Imperfect people just like us! 🙌 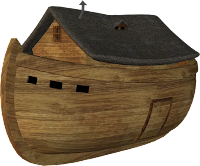 God chose Noah for a magnificent feat. He built the ark for his family and the animals and survived the floodwaters that God had sent to wipe out the world. Once the water dried up, Noah – this incredibly faithful man – was able to begin the rebuilding of life on dry land.
Genesis 9:20-23 tells us of Noah getting drunk off of the wine from his vineyard and being found naked in his tent by his son Ham, who did nothing but joke about it to his two brothers. It was Shem and Japeth who took care of their father with the utmost respect. Of course, we should note that Ham did get in some trouble by Noah upon his waking.
Ordinary, imperfect behavior, right?

Abraham was worried and full of fear when it came to the Egyptians. He felt as though they may try to kill him and take his beautiful wife, Sarah, as their own. He tells her to tell everyone that she is his sister.
Abraham! One of the most righteous men in the Bible falls victim to using deceit! You can read all about this – and what happened as a result of this lie – in Genesis 20.
True story – their son, Isaac, will end up doing the very same thing in regard to his wife Rebekah in Genesis 26.

LOT and HIS TWO DAUGHTERS

In Genesis 19:30-38, after the destruction of the sin-filled Sodom and Gomorrah, Lot and his two daughters lived in a cave. They felt as though there were no men to sleep with and increase the population, so they deceitfully got their father drunk and took turns sleeping with him. Lot did not even know what happened.
After growing up among all the sin in Sodom and Gomorrah, this behavior should not come as a shock. Their plan worked, though — and that’s how we got another big star, Moab.

ISAAC and HIS WIVES

Isaac fell in love with Rebekah and really wanted to take her for his wife. In order to do so, he agreed to work for her father, Laban, for seven years. After those seven years, on their wedding night, Laban deceitfully presented Isaac with his firstborn, Leah, rather than Rebekah.
Isaac then had to work another seven years for Rebekah.
Read all about this in Genesis 24.

Just a little background, Isaac was the son of Abraham who had a very close relationship with God. He married Rebekkah and, after some trials, she had two sons – twins. The firstborn was Esau, the second Jacob.
Oh, Rebekah and Jacob. These two 🙄🙄🙄. Deceit seems to be quite a large part of their character, although it seems for the good.
Let’s see, Esau was set to get the blessing of the firstborn from Isaac. While his sight was not good, Rebekah urged Jacob to pretend he was Esau and receive the blessing. There is a lot to this story and it is surely a must-read. You can find it in Genesis 27.

JOSEPH and HIS BROTHERS

Jealousy is such an ugly emotion. And, it shows its face in the story of Joseph and all his brothers. This son of Jacob and Rebekah has a special gift when it comes to dreams. Unfortunately, this just makes the jealousy worse with his brothers — and they decide to kill him one day. Long story short, they spare his life (although he ends up being sold into slavery), and make their father, Jacob (also known as Isreal) believe that he was mauled by animals.
Want to know what happens? Joseph comes out on top — and his brothers bow their heads. Read about it beginning in Genesis 39.
❔❔❔❔❔❔
So, what is my point with all of this? There is A LOT to learn in Genesis. And, no matter how grueling it seems to get through it at times, we need to. It is where everything around you – including you – begins.
Though, it was in reading this that I was sparked to share this with you because sometimes we just feel a little less than. We feel like we are just an imperfect soul who will always be backstage rather than front and center. But, these are all people who used the power of deception – some for evil ways others for a genuine purpose. And some really paid the price.  But guess what? God still allowed them to make it out onto the stage. They made it into the most powerful and impactful story of all time – the story of our Creator. I don’t know about you, but that gives me more than just a little hope.⭐⭐⭐

View all posts by Michelle Blan

I get it – writing isn’t for everyone. While I maintain my own blog, I also do the same for businesses around the globe.

How can I help you? Let’s chat!

Visit my other blog about finding God in the chaos of life.

Following God is Simple – We Make it Complicated.

Love is an action